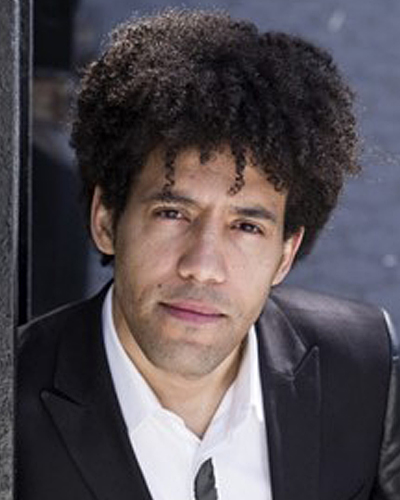 As musical director of the San Diego Symphony, their relationship has been recognized as one of the most dynamic in North America. The musical director of the Orchester Symphonique de Montréal, starting in September 2021 and will begin the season 22-23 for an initial period of 5 years. His profound musicianship, technical brilliance, and charismatic podium presence has elevated him as one of the most sought-after conductors. He was Principal Conductor and Music Director of the Ulster Orchestra, from 2014 to 2019, with which he appeared 2 times at the BBC Proms, in 2016 and 2019.

This season will include a live recording of Strauss Don Quixote with the Philharmonia Orchestra for the Pentatone label with his wife, the cellist, Alisa Weilerstein. Plus North American debuts with the Philadelphia Orchestra and the San Francisco Symphony Orchestra, as well as a return to the Montreal Symphony Orchestra for a 2-week residency. In Europe he will debut with the French National Orchestra in Paris and will return to the NDR Elbphilharmonie Orchester, Dresden Philharmonie and Royal Stockholm Philharmonic Orchestra. Soloists with whom he has enjoyed collaborations include Daniil Trifonov, Frank Peter Zimmerman, Gil Shaham, Jean-Yves Thibaudet, Nikolai Lugansky, Christiane Karg, Alisa Weilerstein, Nikolaj Znaider, Piotr Anderszewski, Elisabeth Leonskaja.

As an opera director, he made his debut at the 2019 Glyndebourne Festival, conducting Rossini’s Il barbiere di Siviglia and has conducted Madame Butterfly and La Boheme for the Royal Swedish Opera and a new production of La Traviata at Malmo Opera. He will also make his debut at the Berlin Staatsoper directing La Boheme.

In July 2012, he was personally invited by his mentor, the late Lorin Maazel, to conduct at their Castleton Festival in Virginia, and in July 2015 he was appointed principal conductor and directed performances by Gounod Romeo and Juliette and a performance by the Beethoven Symphony No. 9, in memory of Lorin Maazel.

Born in 1980 and graduated from El Sistema, he began his formal studies of conducting in 2004 with Maestro José Antonio Abreu. He has conducted the main orchestras in Venezuela, including the Simón Bolívar Orchestra of Venezuela, where he was the main horn player, in addition, he participated in many prestigious tours and recordings with conductors such as Giuseppe Sinopoli, Claudio Abbado, Sir Simon Rattle and Lorin Maazel.

In May 2012, Payare received first prize at the Malko International Conducting Competition.