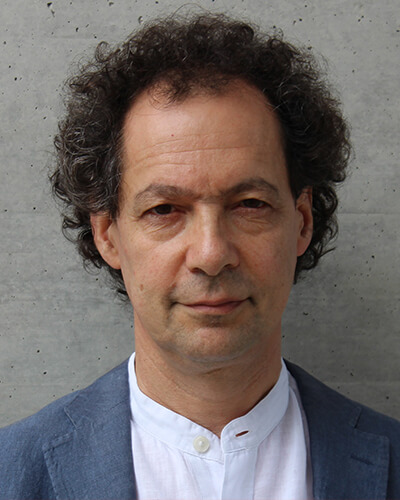 Marshall has been inspired by and involved in the world of music since the 1960s, and as a professional violinist, programmer, writer, educator, and broadcaster he has worked in more than 70 countries on 5 continents. In recent years he has specialized in working globally with youth orchestras, particularly in Europe, South America and Asia. His current interests also include the role of culture in helping to achieve the UN Sustainable Development Goals. Most recently he was editor-in-chief of the European Commission’s Voices of Culture brainstorming report on structured dialogue, Culture and the UN Sustainable Development Goals.

Marshall advised and taught at the Simón Bolívar Musical Foundation in Venezuela, directed the International System Research Program at the Southbank Center in London, worked with the British Council to develop new international networks of youth orchestras, and advised and tutored the Eastern Association Orchestra. Me, Culture; composed of young musicians from Armenia, Azerbaijan, Belarus, Georgia, Moldova, Poland and Ukraine. Other projects in the last decade include teaching at the Neojiba project, in Bahia, Brazil, and the creation and direction of SERA, an Online Global System Evaluation and Research Archive.

From 2006 to the end of 2011, he was director of music at London’s Southbank Center, where he programmed and supervised one of the world’s largest art center music programs. Marshall enjoyed a 25-year career as an orchestral, soloist and chamber violinist, recording and performing in more than 60 countries and working regularly with leading artists such as Sir Simon Rattle, Sir Roger Norrington, Pierre Boulez, Daniel Barenboim, Claudio Abbado, Mariss Jansons, Gustavo Dudamel, Mitsuko Uchida, Maurizio Pollini, Lang Lang and Cecilia Bartoli.

Starting in 1970, he was a member of the BBC Symphony Orchestra and later concert teacher of the Caracas Philharmonic Orchestra, professor of the young Simón Bolívar Symphony Orchestra of Venezuela, principal interpreter of the Amsterdam Baroque, leader of the Orchestra of St. John’s Smith Square and performing member and CEO of the Endymion Ensemble, as well as appearing as a leader with many orchestras, including the Academy of Ancient Music, the London Classical Players, and the Orchestra of the Age of Enlightenment.

His current educational work focuses on the way in which musical and cultural activity can help the development of young people from the various areas that make up contemporary society, seeing culture as one of our best engines for global exchange, learning and developing.

Marshall has an MA in Philosophy and Experimental Psychology from Oxford University of The Queen’s College and a postgraduate degree from Trinity College, Cambridge University, in teaching English. He became an Associate of the Royal College of Music in Performance, in 1973.