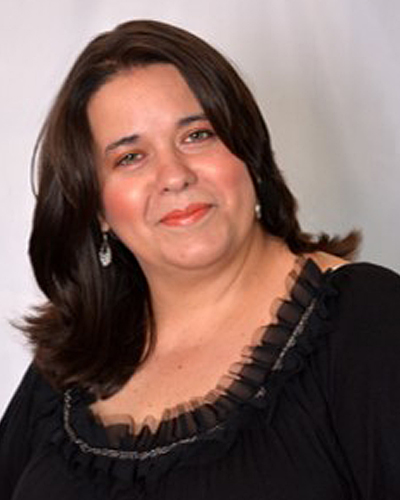 A long career as a choralist, choir director and her solid musical training allowed her to lead the National Choir System for more than 10 years, developing an intense work of coordination, dissemination of the a cappella choral repertoire and leadership of the assemblies. symphonic-choirs. She founded the Niños Cantores de Venezuela and assumed the direction of the Simón Bolívar National Choir.

She frequently attends events in Latin America and Europe as a director, workshop leader and speaker, bringing the message of El Sistema to each place. Her work as choir director has allowed her to develop her work in many artistic and academic contexts, as well as conducting important repertoires on major world stages.

She was a technical jury in the Componiendo tu Futuro composition contest, convened last May for young people from El Sistema, as one of the commemorative activities of the 75th anniversary of the Organization of Nations.