General Director of the Music Program 100×35 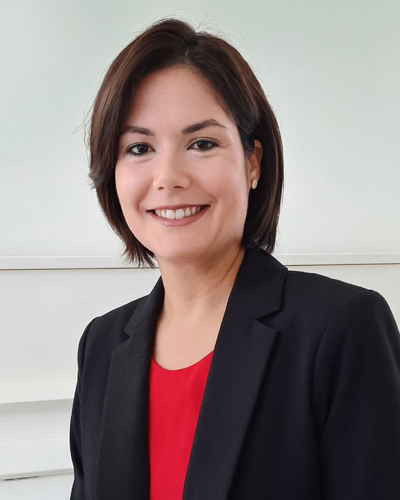 Helen González Lorenzo has dedicated her life to the field of music. Her professional career includes the managerial administration of music education programs, as well as the musical direction of symphony orchestras.

González Lorenzo’s academic preparation includes a bachelor’s degree in music from the Puerto Rico Conservatory of Music with concentrations in Singing and Composition. She too, she holds a master’s degree in Orchestral Conducting from Georgia State University School of Music.

González made her debut in 2007 as an orchestral conductor, conducting the Orlando Youth Symphony Orchestra in the opera The Man Who Married A Mute Woman, by Italian composer Alberto Guidobaldi. The previous year she had been the stage director at the world premiere of said opera in Puerto Rico. In 2008, she directed Sorozabal’s La tabernera del puerto for Patrons of Young Artists. With the Compañía Lírica de Puerto Rico she was the musical director for 3 consecutive seasons, directing in 2009, the zarzuela La de soto del parral de Soutullo y Vert, in 2010, the opera Marina by Emilio Arrieta, and in 2011, the zarzuela Luisa Fernanda de Moreno Torroba. In 2011, González made her debut with the Puerto Rico Symphony Orchestra, conducting Mozart’s opera Don Giovanni, being the first woman to conduct an opera in Puerto Rico. With the Puerto Rican Zarzuela and Opereta Foundation of Puerto Rico, she has directed multiple special concerts such as Anthologies of Zarzuelas and Educational Concerts to promote the zarzuela genre in the communities.

On the other hand, as a music teacher, she has belonged to the Faculty of the Conservatory, offering courses in Musical Direction, and at the University of Puerto Rico she has served as director of the String Orchestra.

Her administrative experience began in the Musical Arts Corporation for nine years, where she held various responsibilities within the Puerto Rico Symphony Orchestra Corporation, Casals Festival and the Americas Youth Symphony Orchestra Festival. Since 2014, Helen González is the general director of the Music 100×35 Program, facilitating access to music education for hundreds of economically disadvantaged children.

As part of her hobbies, González enjoys playing the piano and sports, running long distances.