Conductor of an International Career Orchestra 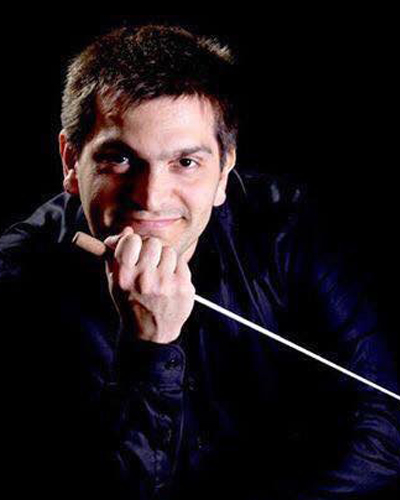 His recording of new pieces for guitar by the Italian composer Simone Iannareli, conducting the Murcia Symphony Orchestra with Alex Garrobé, was acclaimed in Spain. He was a violist in ensembles such as the Kiel Philharmonic, the Hamburg Camerata, the Hamburg Radio Orchestra NDR, the violinist of the Vienna Chamber Philharmonic and the West Eastern Divan Orchestra of maestro Daniel Baremboim, performing at the main music festivals in the world. such as the Salzburg Festival, the Lucerne Festival, the Waldbühne in Berlin and the BBC Proms in London.

Since 2021 he is an itinerant visiting professor of Orchestral Conducting, Violin and Viola at El Sistema de Venezuela. Maestro Naser was recently appointed as a member of the jury of the first international Hans von Bülow Orchestral Conducting Competition, in Europe, as well as resident guest conductor of the Orchestra of the Americas based in Washington D.C.