Director of Music Interlochen Center for the Arts 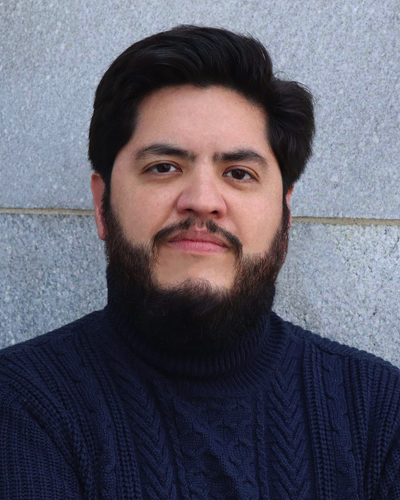 Highly trained as a performing musician, Enrique Márquez presented his Carnegie Hall debut recital in 2005. He has served as principal viola of The Orchestra of the Americas and the Jeunesses MusicalesWorld Orchestra, performing in over 25 countries in the Americas, Asia and Europe with Kurt Masur, Lorin Maazel, Gustavo Dudamel and Valery Gergiev. He has worked in development programs through music education in Haiti, the Dominican Republic, England, Mexico and Venezuela.

Márquez is member of the Advisory Council of the Global Leaders Program and is a Sphinx LEAD Fellow. He is a faculty member at Northeastern University’s Arts Administration and Cultural Entrepreneurship Program. Following collaborations with Harvard’s David Rockefeller Center for Latin American Studies over a number of years connected to the theme of music and social impact, in 2019 he joined the administration of Harvard University’s Department of Music as Manager of Eventsand Administrator of the Fromm Music Foundation at Harvard. Márquez has also served as an Interdisciplinary Academic Development Consultant at Boston University. Throughout his career, Márquez has established collaborations with the British Council, Carnegie Hall, Sony Classical and El Sistema.

Márquez is the youngest Director General of the Veracruz Cultural Institute, Mexico, and was the Founding Executive and Artistic Director of the Boca del Río Philharmonic Orchestra, and a member of the design team of Foro Boca, a state-of-the- art cultural center home of the orchestra. He also envisioned and launched Orquestando Armonía, a three-hour afterschool daily orchestra and choir program for low-income students.